What flooring lasts the longest?

When a customer comes into your store and expresses a need for a long-lasting floor, what do you answer?

The short answer is ceramic tiles. They’ll outlast any synthetic floor, natural wood, reinforced concrete or even steel by thousands of years!

Synthetics eventually degrade due to UV radiation, natural wood dries out or rots, concrete crumbles in time due to chemical action and all steel eventually rusts. These products will easily outlast their guarantee period but only ceramics are forever. The reason being that ceramics are vitified, meaning turned to glass. Technically in our industry this means having a water absorption of less that 0,5%, effectively the definition of porcelain.

To illustrate this answer I’d like you to take a look at some mosaics recently discovered in the ancient city of Zeugma in Turkey. Mosaics are essentially small glazed tiles (tesscera). The mosaics date back to 2nd century BCE, in other words they are over 2200 years old and in almost perfect condition.

One of the most amazing artifacts in the area is a collection of mosaics. Mosaics adorned the houses of wealthy residents that lived here thousands of years ago. Excavations at Zeugma started in 2007 and continue to this day.

The rising waters of the massive Birecik Dam on the Euphrates River brought about an emergency effort to salvage the artifacts left behind by the Roman civilization that once prospered here.

As the flood waters rose higher and higher, there was a lot of pressure to excavate the city. The double image attached shows the floodwaters rising over a mosaic floor. Today, 25% of the ancient town’s western bank is submerged 200-feet underwater and the eastern bank of the city is completely underwater. Still, there remains so much to be uncovered and learned in Zeugma.

It just goes to show, if you want a floor that will last more than a lifetime there’s really only one choice… ceramic tile.

All the best from KREM tiles and the Link International team.

How to advise customers to find a tiler. 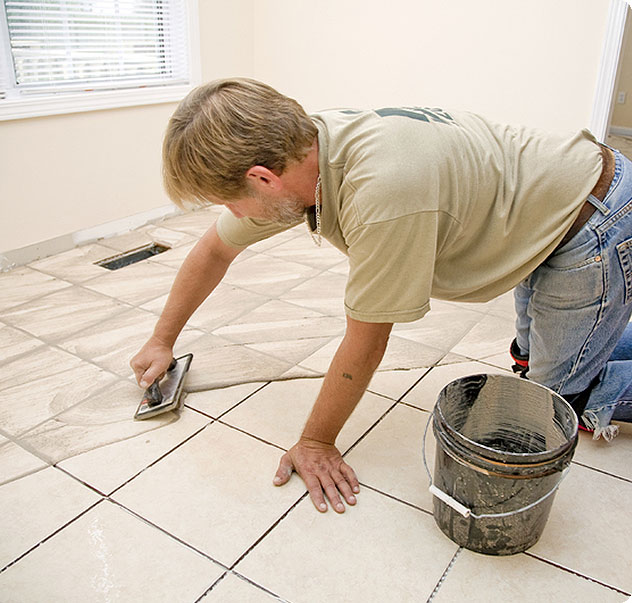 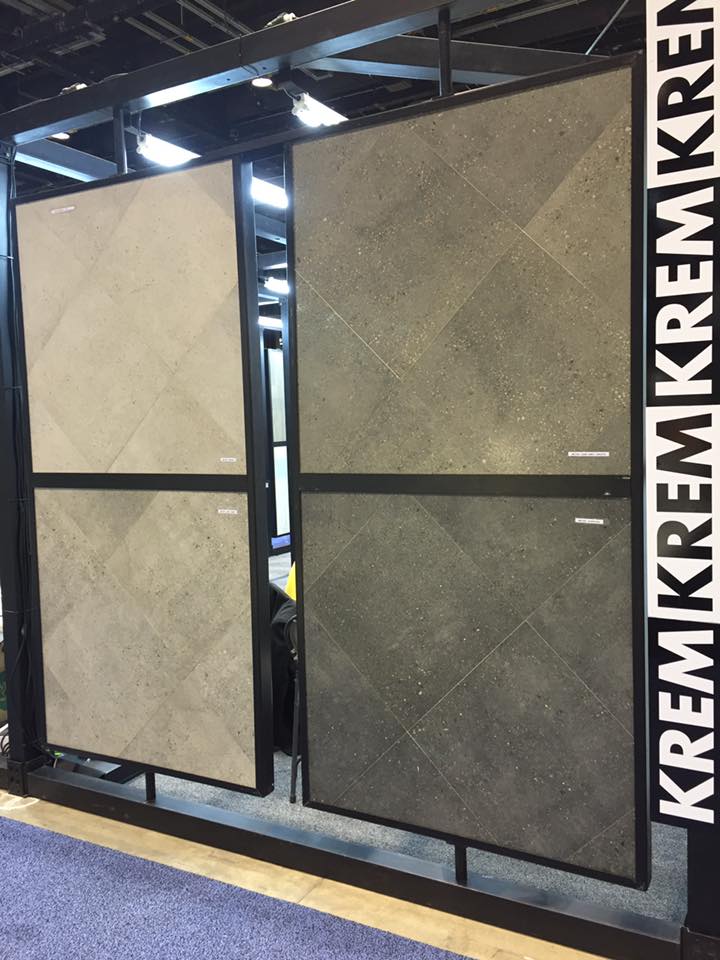 Coverings Begins!
Our team have had a very busy weekend, setting up the stand.
Coverings 2016 opened yesterday.

The team, all dressed up and ready for day one!

Taking in the sights.

Looking forward to seeing you at the show,
The Link International team, KREM tiles. Booth 4036.

Coverings in Chicago Next Week!

Our team are all driving or flying in today to commence assembling our stand and getting ready for the official opening next Monday.

If you want to meet with a company that has a range second to none, and can offer you a packaged service of Itallian designed products made on the latest equipment out of China, then you MUST visit our stand at Coverings 2016.

No one else at Coverings will offer you the complete suite of Quality, Range, Price, and Service in the manner that we will with our KREM brand.

If you are serious about wanting an edge that will provide you profitable growth in your sales, we will set aside some time to get to know what you are after, and match your needs to what we offer, we are sure you will be delighted and pleased you popped by.

Looking forward to hearing from you soon, The Link International team, KREM tiles.

Coverings starts in Chicago on the 18th of this month and we’ll be there! This year is its 27th edition, with hopes of reaching record attendance. Our tile samples have been delivered and our stand is ready for assembly! The first of our team has already departed on tour before the main event begins. Our exhibit is booth 4036. You belong here too!
Register to attend at www.covering.com

Selling Mosaics for Fun and Profit. 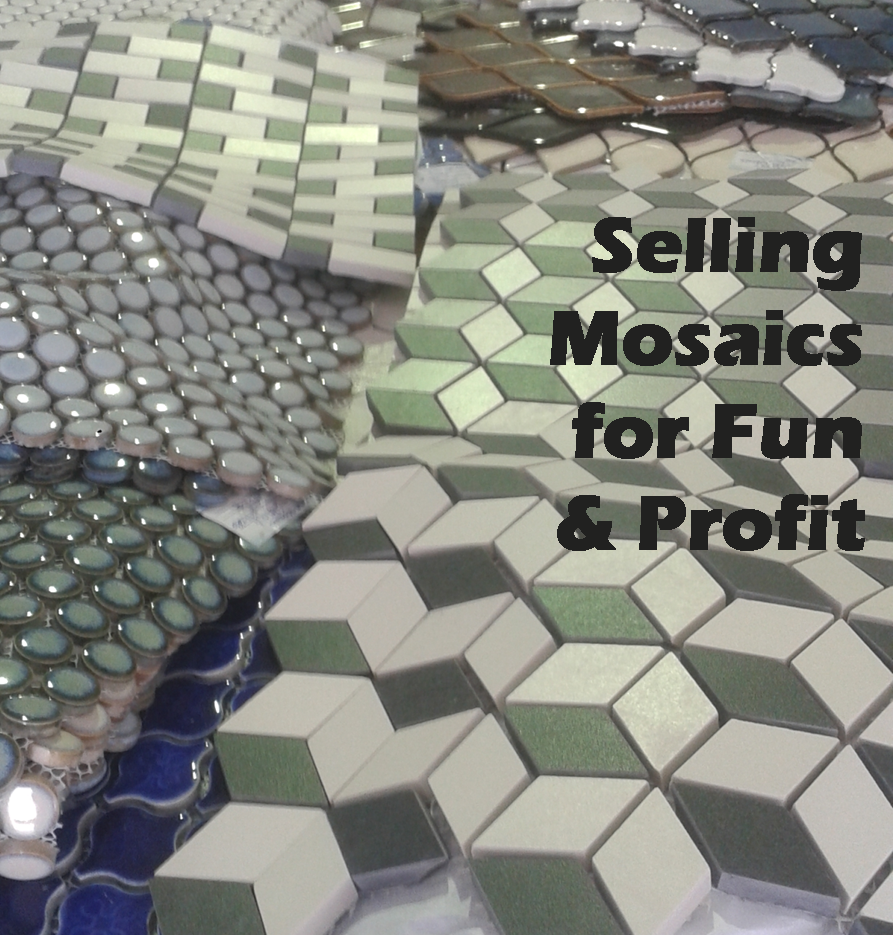 A Wonderful Variety in a Single Porcelain Range.

We recently filled an order for a wide variety of tiles for a hotel construction project. Some tiles were for floors, others for feature walls in social areas like lounges and restaurants. Yet others for floors in circulation spaces. Most tiles were specified as cement-like finishes in tones of grey.

In addition there was a requirement for accent tiles in much brighter colours.

When the client saw the variety available within the range and spotted these hexagon tiles they were entranced. The hex tiles were immediately added to the order.

Some apparently ordinary grey tiles an fact have fairly subtle patterning etched in. These are used as accents in otherwise plain areas. What a difference they make!

What is perhaps most remarkable is that all these tiles come from a single range, they are simply digitally printed, cut and finished in different ways. The bodies are all top grade porcelain.

If you or one of your customers have a project requirement like this, get in touch with us to discuss your needs. We can customise one or more container loads for you.

What is buyer’s remorse?
Buyer’s remorse is the sense of regret after having made a purchase. It is frequently associated with the purchase of an expensive item such as a car or house (or a major home improvement like tiling). It may stem from fear of having made the wrong choice, guilt over extravagance, or a suspicion of having been overly influenced by the seller. The point for us in the tiling business is that buyer’s remorse can lead to product complaints and unless you are aware of the psychology happening in the customer’s mind you may end up pressured into accepting a complaint as real when in fact it is spurious and simply the result of the customer having second thoughts.

Regret.
Although excited at the time of the purchase, once they’ve spent a lot of money, many people feel a deep regret and concern that they made the wrong decision. Buyer’s remorse takes many different forms, most of them typified by a high level of anxiety. The buyer then seeks to reduce that anxiety by somehow regaining control.

The psychology.
Psychologically, buyer’s remorse makes perfect sense. A consumer switches from one state to another when making a purchase. In the state before they’ve made the purchase they have choices and influence, so they experience a degree of power in the world specifically they have purchasing power. After the purchase, however, all options have vanished. They no longer have a choice. Buyer’s remorse may set in as they see themselves locked into a single decision, which may or may not have been the best. No longer acting from a position of control, many people react by seeking to distance themselves from the purchasing act, to reaffirm their sense of having had a wide field of choices. Buyer’s remorse is, in this way, seen as a very simple state of cognitive dissonance, where the desire to retain complete control and infinite possibilities clashes with the reality of actually exerting that control by limiting those possibilities.

Complaints.
One way in which buyer’s remorse may be expressed is a customer returning to the tile store and complaining about the tiles they bought after installation. They may manufacture faults in their mind in order to justify their uncomfortable feelings of buyer’s remorse. This can be dangerous for both the supplier and the retailer. Although we should make every effort to evaluate product complaints we should be careful to ensure we are dealing with a real fault and not simply the buyer having second thoughts.

An example.
Here’s a real example: A particularly houseproud customer with an impressive and beautiful home recently installed highly polished pure grey porcelain tiles throughout A couple of weeks later they submitted a complaint that the tiles were stained and dirty looking. On investigation they did indeed appear dirty looking. The problem was just that, the tiles hadn’t been cleaned properly. The colour and sheen of the tiles were such that the slightest mark was obvious.

Expectations.
The fact is that the customer was having buyer’s remorse because the difficult-to-keep-clean tiles were not living up to their expectations. It was turning out to be a major effort to keep the tiles looking perfect. There was no fault in the tiles whatsoever, rather the particular choice; grey polished porcelain was unsuitable for the image the customer wished to create. A less glossy, perhaps patterned tile would not have shown the dirt as readily.

So… beware of buyer’s remorse.

All the best in your business and your relations with customers.

You may have seen a white powdery substance on brick and tiles. This is a natural phenomenon called efflorescence. Under certain circumstances, a white powder can form on unglazed terracotta type floor tiles. This is due to soluble salts rising to the surface from the concrete slab. When they dry out on the surface, the remaining salts appear white and powdery.

Efflorescence often occurs in the cement joints of new brickwork or grouting between tiles, especially shortly after they have been laid. Numerous studies have been made around the world to try to determine why it can appear in one location and not another under seemingly identical conditions. The only things that we do know are that it happens when Portland Cement is present and there is no real solution for it. Efflorescence does clear up over time unless there is an ongoing issue with rising damp from the substrate. It is defined as the ‘migration of soluble salts.’

This is not due to substandard tiles, adhesives, or grout; and generally there is nothing to worry about.

The only real solution is to brush the grout with a stiff bristled brush and vacuum away. Commercial efflorescence removers are also available, these are generally acid based.

Repeat this from time to time and generally, it should eventually stop recurring.

Some people advocate brushing the salts away and then applying a penetrating tile sealer. While these are great products, and are worth using because they will keep your grout and tile clean and seal out dirt, these products generally won’t stop efflorescence.

In most cases, penetrating sealer applied with a lambswool applicator will help as it works by allowing vapour to transfer through to the surface, but not moisture. It allows the tile to ‘breathe’ and can reduce the problem, although it is not guaranteed to always work, especially in outdoor areas.

You can also wash with a 50/50 mix of water and phosphoric acid. Leave the solution on the tiles for two minutes, then thoroughly wash off with clean water.

Look at this beautiful wall made of thousands of handmade pigmented concrete tiles at Sugarhouse Studios! Seen at Design Indaba.

The Curious Case of the Gridlines on Tiles. 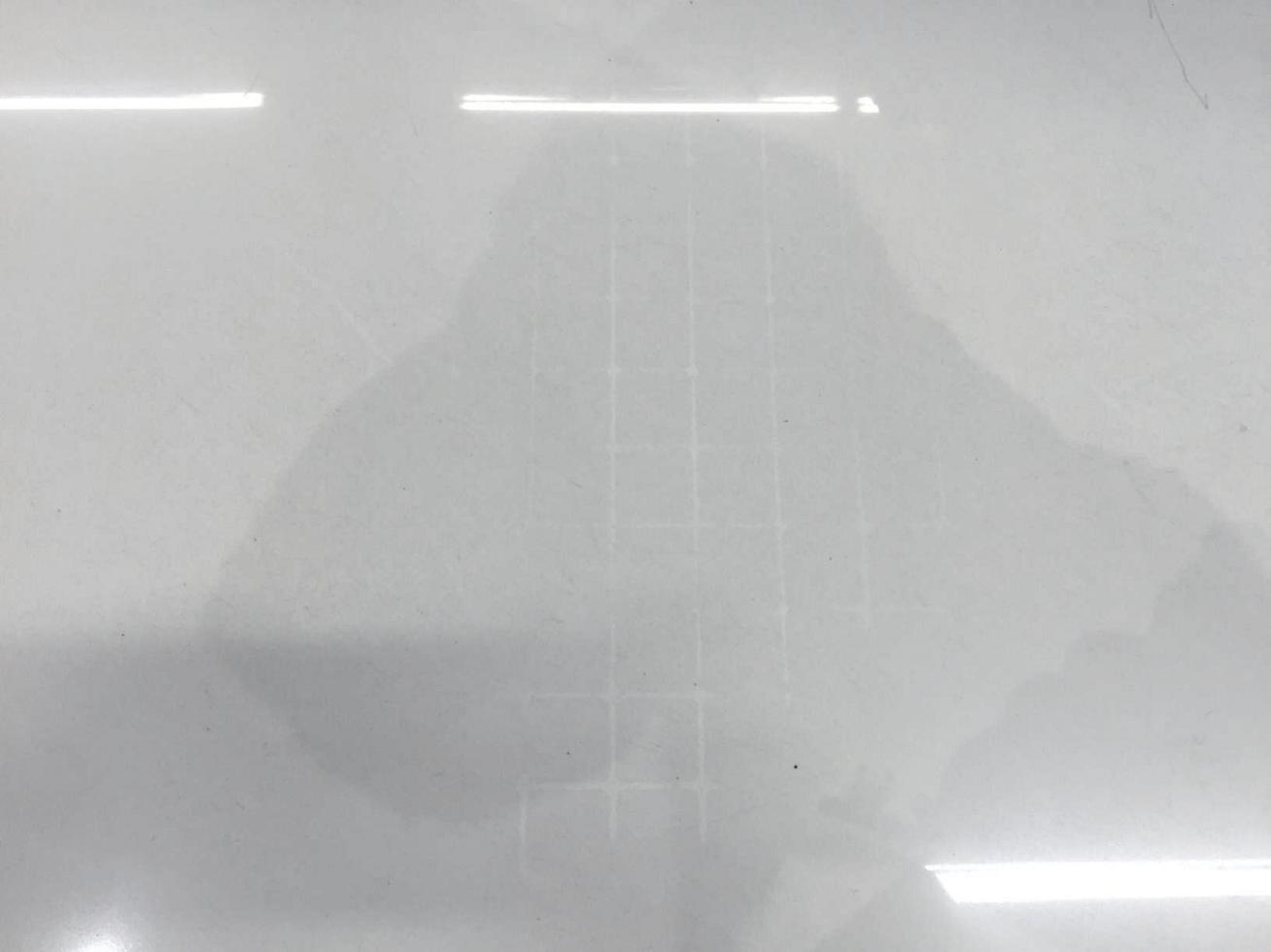